To share your memory on the wall of John F. Cullum, Jr., sign in using one of the following options:

Provide comfort for the family by sending flowers or planting a tree in memory of John F. Cullum, Jr.

Provide comfort for the family by sending flowers or planting a tree in memory of John F. Cullum, Jr.

We encourage you to share your most beloved memories of John F. here, so that the family and other loved ones can always see it. You can upload cherished photographs, or share your favorite stories, and can even comment on those shared by others.

Posted Apr 16, 2021 at 05:19pm
Just wanted to express my condolences to Jack's family on his death. You could say we were buddies for 3 to 4 months every spring for 4 years on CCSU's baseball field. He was a terrific ball player. One of the best on the team our senior year. Life took us in different directions after we graduated together and regrettably we never stayed in touch. I moved to Colorado right after graduation while he stayed in the east. I will remember him as a good teammate. All the best. Ray Brodeur
Comment Share
Share via:
J

Posted Apr 14, 2021 at 10:35pm
For his science, photography, and love of outdoors. May he live on through the growing tree and teach others the same respect that he had. God Bless

Posted Apr 13, 2021 at 03:35pm
We are so sorry for your loss. Jack was a wonderful father and grandfather. Our thoughts are with you. 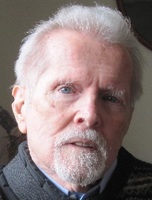