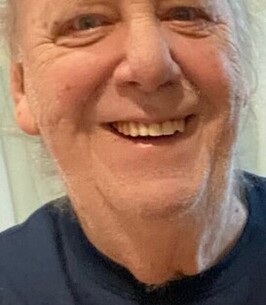 Richard T. Bachand, Sr., 82, of New Britain, Ct. died peacefully Monday, May 30th, 2022 at home, with his two loving dogs by his side. Richard was born in New Britain, Ct. and was the son of the late James E. Sr. and Louise (Barbier) Bachand. He worked as a machinist for New Britain Machine Co, and Creed Monarch Machine. After his retirement, he enjoyed working for Dattco Bus Parts Dept. Richard was a member of the New Britain Fish and Game Club. He had many hobbies,: hunting, fishing and truly had a green thumb for gardening,.

Richard is survived by his two sons, Richard T. Bachand, Jr. of Newington, Ct., and John Bachand of New Britain, Ct.; his daughters Robin Pastore and her husband, Joseph of Newington, and Shirley Miskunas of Colchester, Ct. Richard also had 12 grandchildren, 16 great grandchildren and several nieces and nephews .Richard was predeceased by the love of his life of 62 years, Maryann Bachand, his daughter, Cheryl Legnani, his sister, Shirley Bachand and his brothers, James, Robert and Francis Bachand.

A Celebration of Richard's Life will be held, Wednesday, June 8, 2022 at The Paul A. Shaker Funeral Home, 764 Farmington Avenue, New Britain, Ct. from 5 p.m.-7 p.m. To extend condolences to the Bachand family or to share a memory of Richard, please visit www.shakerfuneralhome.com

All rights reserved. This obituary is also archived at obittree.com